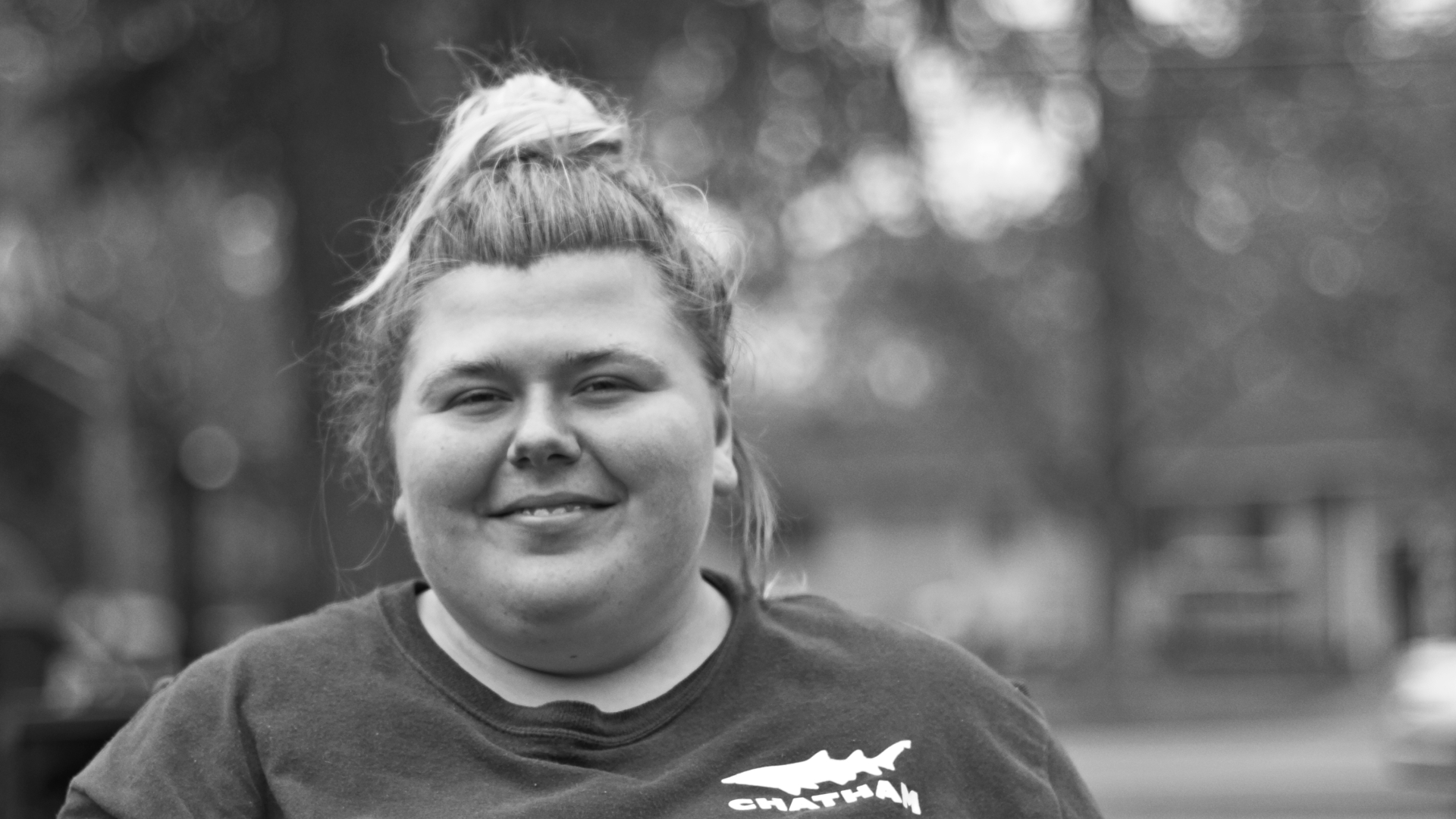 C4 was raised in Spanish Harlem, NY. She lived with her parents and18 siblings. Both her parents were active gang members, and drug users; they supported the family by selling drugs. C4 and her twin brother were born addicted to crack cocaine. At 5 1/2 years old she was introduced to drugs and the selling of drugs by her parents. C4 has a long family history of addiction which has taken many of their lives. She has lost seven siblings and countless extended family members to addiction and violence. In addition, many of her family members have been incarcerated. As a youth, C4 suffered extreme physical and emotional violence. However, C4 believed, and continues to believe, it was the love, loyalty, and laughter that bound her family, and not all family members succumbed to addiction.

“The saddest thing first hand living in the ghetto, the only reason why these teenagers, including myself are in it (drug trade), is because their parents are in it, their siblings are in it. Their neighborhood is the direct market. I never had a childhood. Playing on the streets was it. Other than that we were out to work very young. Kind of different than living in the suburbs or anywhere else.”

“Growing up in the ghetto, you really don’t know what happiness is. You think, oh yea, we just recked some stuff, broke some windows, that’s happiness. All you really know is anger, all the bad emotions that can possibly be described.”

“I love my crazy psychotic family. I wouldn’t have my personality.”

“We didn’t go to school. We didn’t know what school was.”

“Heroin and crack was the most accessible. I’d just wake up and it was there. I didn’t have to lie, cheat, and steal for it. Our house was not a fun house.”

In 2012, C4’s twin brother was murdered in gang related drug activities. CPS took custody of her, and her younger siblings, and they were moved from Harlem, NY to Rochester, NY. After the passing of her twin brother, C4 was considered an outcast by her family because of her twin brother’s death.

“In my eyes, why it’s my fault. The male in the Spanish family is the person who controls, the female doesn’t matter. Males first, females later.”

“In May 2012, I was 16 years old, my brother was shot because we were doing reckless behavior. We stole from a different gang and he was shot and he died. But, I wasn’t. When that happened I didn’t think God was there, I didn’t think anyone was out there. It was that turning point that he was gone.” (C4 and her brother were standing near the street together. He was closer to the street.)

C4’s drug addiction intensified after the death of her twin brother. She was often involved in fights, and frequently overdosed.

C4 asked an older addicted brother for as much money as he could give her for her to go to rehabilitation. She entered an inpatient adolescent rehabilitation facility.

“The biggest support was my older brother JJ. He was still actively using but he wanted me to get the best life possible.”

C4 describes the desire for recovery like a devil and angel on your shoulder.

“I really wanted to get clean, but I didn’t want to stop using drugs. I wanted all my pain to go away.”

“I really wanted it. That’s why they kept me for so long.”

“People always say it’s a lot easier when your younger (rehab). It’s actually a lot harder. There’s that inner battle of an I ready to surrender, am I ready to give up? Slowly but surely. Growing up in a gang, you put this power on yourself, you’re in charge, no one else is in charge. But when you get clean, you lose that power. You’re not in charge of your life anymore.”

“I always thought my story was badder, bigger than everyone else’s. That was a very hard thing to grasp, that every story is different.”

“I think what really kept me going was, because I’m a very fragile person. The women in the meeting looked at us girls and said, “only one of you girls will make it and never use drugs again.” There were 8 of us. We all looked at each other when she said that. I’m a person who wants tough love, and I listened to that. I didn’t talk the rest of the meeting. I kind of stuck with me. I said at the end of the stay there, I was the 1 in the 8 that was going to make it.”

C4 began to enjoy the routine of recovery as her life stabilized. She exited recovery weighing 140 pounds.

C4 was discharged after 6 months of inpatient rehabilitation. After following the strict rules of the center, she acted on her first pledge of new independence- she smoked a cigarette while waiting for her uncle to pick her up. She walked into town, and went to a meeting.

“I went to the meeting. I was so scared. I wasn’t with a group of girls. My hands were shaking. They welcomed me.”

As C4 entered life in recovery on the outside she attended a 12-Step programs for alcohol and narcotics every day, and an outpatient rehabilitation program 3 days a week. She completed 90 meetings in 90 days. She also attended school on a regular basis, and became a sponsor for the 12-Step process. C4 credits her sustained recovery with breathing recovery every day and service work. C4 is an active member in the recovery community. C4 remains in contact with 3 girls she went to rehabilitation with- all are doing well. C4 also credits recovery with the birth of her daughter, who brought her forth into adulthood. Her greatest struggle in recovery is dealing with anger appropriately, but she’s actively finding coping skills to deal with her anger.

“Even getting clean, 5 years in, you still get the trials of your family. Just because you stop using, your family doesn’t stop hitting you up to move something for them, being idiotic.” (Drugs)

“It’s that willpower comes into play. What got you here. I know personally a lot of times you lose sight of what got you here. After you get a couple of years or months in, I have to work on this harder than ever. I have lots of little siblings and my daughter.”

“Everything I do and say, makes an impact. My aunt quit drinking; she has four years in recovery. It was only by me standing up and letting it all go. And changing it, helped.”

“Being in recovery dealing with grief properly.”

“My brother died for me to be able to get clean.”

“I’m really grateful for those 6 months. They really instilled step 1,2, and 3.”

“I don’t let up on these girls because no one let up on me, and that’s what saved me. I am gentle to some of them. But I have a three strike policy.”

“Anyone who is going to read my story will know my story wasn’t easy. Nothing was given to us freely. You had to really run for it, it was in a car going 55 mph and had to catch it.” (Referring to recovery)

Legacy
“Recovery sucks. It does suck. Recovery sucks so hard it’s a struggle. You have to find your identity. I related myself as Cas, now I’m Casandra. I had to go through poverty to being successful to having my own place. Just because thing are going south that minute that day, it doesn’t mean tomorrow can’t be better. If you’re new into the rooms give yourself that 24 hours and keep on stepping. Just listen and ask for help. The more painful your recovery is the more it will stick. Keep an open mind.”